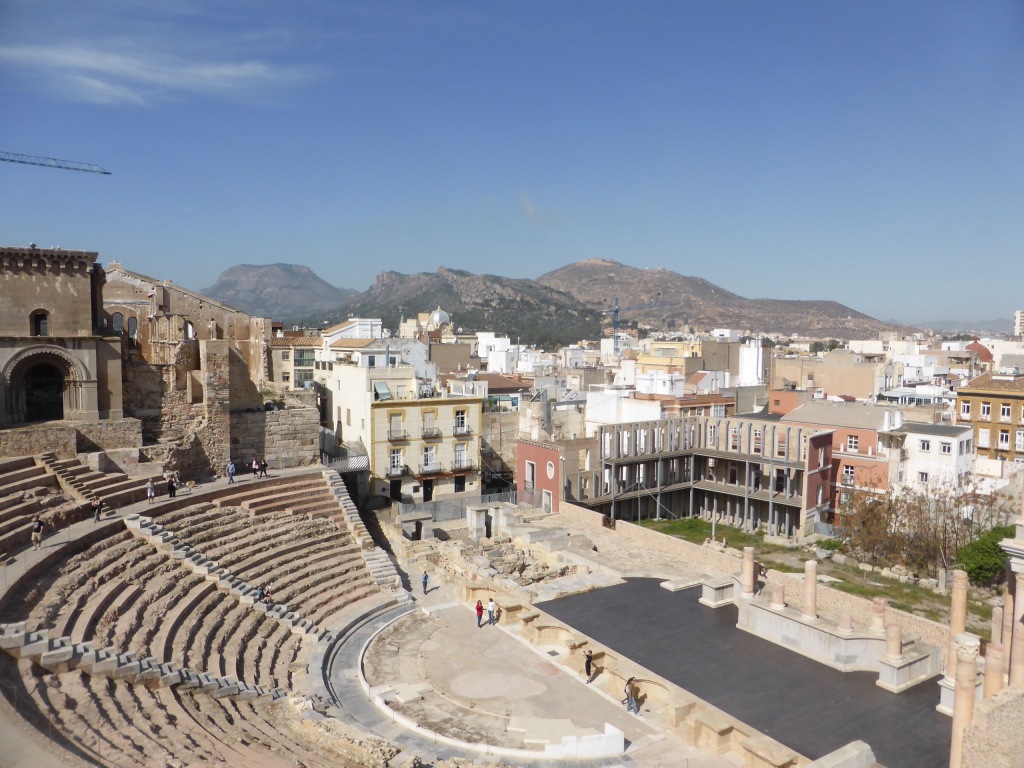 We sneaked away from the Easter snows and enjoyed a few days in the city of Cartagena. The one in Spain, though I’d like to visit the Colombian one too. What a fascinating place, inhabited for nearly three thousand years,  layers peel away,  almost literally in some cases* to display its history. 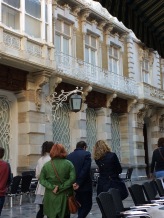 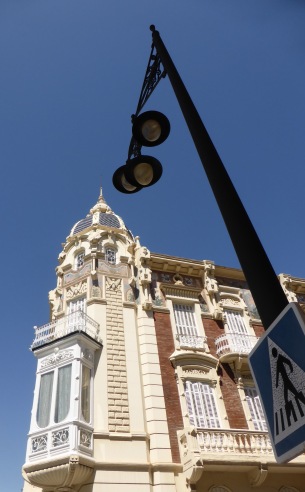 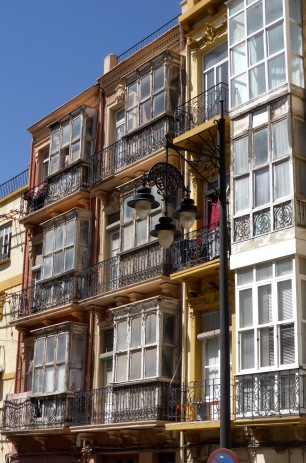 Now  MrS is the historian so I may get this wrong but New Carthage** has been Punic, Phoenician, Roman, Moorish and now Spanish. There are lots of museums where you can discover all this history or you can simply wander around the streets.

Here’s the Roman theatre where I practised my voice projection

“Can you hear me at the back MrS?”

And he could, those Romans knew a thing or two about acoustics.  Lots of money has been spent, and well spent, on interpreting Cartagena’s rich history.   I found the Roman 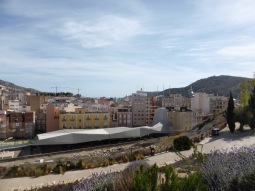 “Can you hear me at the back MrS?”

remains the easiest to understand of any I’ve visited. All around the city you can come across vestiges of the past,  Roman roads peeking through a square, villas hidden under a  modern street, temples, baths and workshops. Many reused over the centuries and then emerging again, the theatre once lay under the Cathedral, which was itself destroyed during the Civil War.

It’s not just land based history, there are museums of the sea, one the fascinating Museum of Underwater Archeology explores the objects lost overboard or otherwise to the sea over the centuries.  And you can also visit the one of the  first submarines at The Naval Museum although that’s one we had to leave for  another  visit.

We spent most of our time wandering around the city, it’s very walkable, but did take a morning out on the Feve train to Los Nietos on the Mar Menor.  I’d thought of having a swim or perhaps lunch beside this inland sea, Europe’s largest. 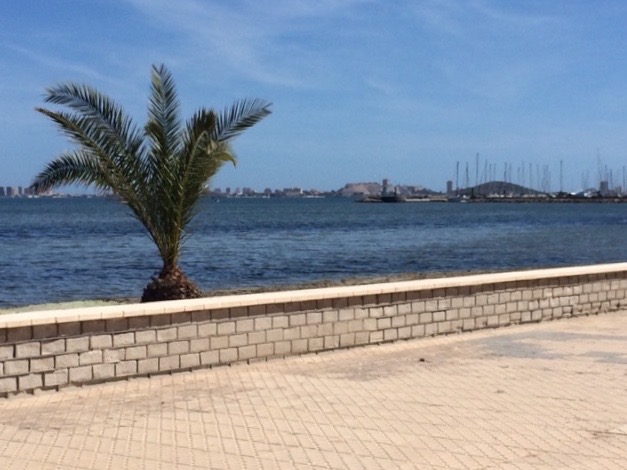 But.  It was closed. Well not completely, the yacht club, a restaurant  and one other bar was open, but the resort had a desolate air with houses shut up for the season and perhaps permanently? People must visit, the marina was full of boats, many of them very smart motor cruisers;  the beach was clean and being cleaned, we saw  a couple of women settling down for some sun there,  and there were others like us enjoying a stroll along the promenade.  But where was everyone else?  Over on the La Manga strip perhaps?  I don’t know, but we decided to head  back to Cartagena for lunch.

Ah lunch…..We stayed at The NH hotel Cartagena it was comfortable, very central and we had a terrace with a view of the Port. But we stayed on a room only basis so there was none of that filling up on breakfast to see you through the day. Instead we ate breakfast at cafes*** 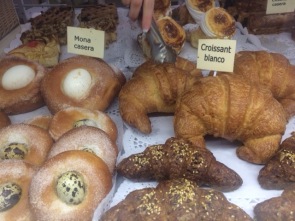 ……….and had a stop for lunch in the early afternoon;  useful as shops etc tended to close over lunch time.  Lunch became progressively longer and more elaborate as the week went on… 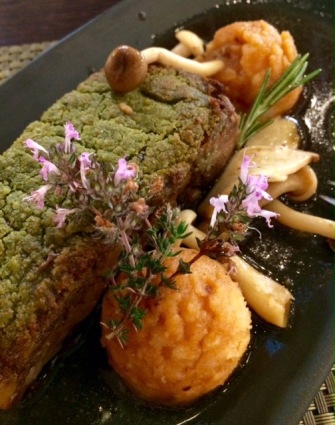 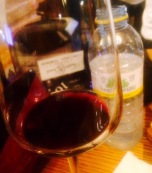 Culminating in a  three hour lunch at La Marquesita  on Friday before leaving for the airport. Excellent food and great people watching too.

That lunch was superb but our best meal was dinner at Magoga.  The Blue Cheesecake being one of my top three puds EVER. 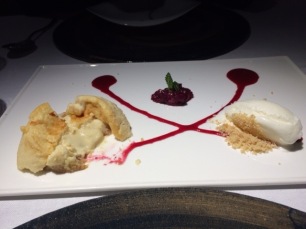 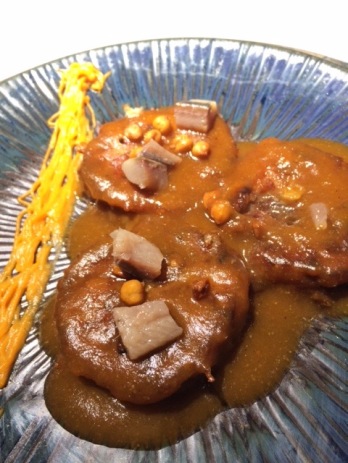 Four days and we didn’t see everything, though we did our best to eat everything!

*many historic 19th and early 20th century facades have been preserved, shored up, behind them empty lots waiting to be rebuilt or perhaps to reveal their pasts.

**those Carthaginians weren’t very imaginative when it came to names.

***actually that coffee in a glass, Cafe Asiatico, a Carthagenian speciality, was an afternoon treat, though we saw it consumed at breakfast.

Wondering about that spaceship like yacht? Sailing Yacht A

Giving Your Dog The Time of Their Life

Seeking Solace in the Horizon of Life & Beyond.

Stories and photos from Scotland